She is a lecturer in the Department of Developmental and Educational Psychology in the University of Seville and member of the laboratory of studies about convivencia and violence prevention (LAECOVI) which is managed by Professor Rosario Ortega. Likewise, she is a member of the European Observatory of violence in schools. Since the beginning, her work as a researcher has been focused on the study, comprehension and intervention about convivencia in schools and its difficulties, topics about which she has published scientific articles and books. She has participated and, still does it, in national and international researching projects on this issue.

Founder and manager of PantallasAmigas. He is graduated in Computer Science in the University of Deusto. He is responsible and author of numerous resources and didactic materials, online and printed, related to the safe use of ICT with special emphasis on grooming, cyberbullying and sexting.

Manager of the team EU Kids Online II in Spain

She is Doctor in Sociology. Senior Lecturer in the Department of Sociology in the University of Basque Country- Euskal Herriko Unibertsitatea (UPV/EHU), where she teaches subjects related to the researching applied to different University grades in the Faculty of Social and Communicative Sciences. Her researching activity has been focused on Communicative Technologies and issues related to genre. Collaborating with Professor Carmelo Garitaonandia, Gemma Martínez y Miguel Angel Casado, she is also the manager of the Spanish team of the Project EUKidsOnline II (2009-2011).

She has a degree in Journalism from the University of Basque Country/ Euskal Herriko Unibertsitatea.

She is a PhD student with a scholarship from the Ministry of Education of Spain (2008-2012). Her research topic is based on Children, the internet and the role of the Parental Mediation. Gemma is a member of the Spanish EU Kids Online Team, a European Project (Safer Interent Programme-EU) managed by Professor Sonia Livingstone (London School of Economics). At this moment she is staying at London School like a visiting research student and her Doctoral Thesis is being supervised by Professor Livingstone. She has collaborated in different national and international scientific publications related to children and new technologies and she participates in different projects related to the same issue. .

Professor of psychology in the University of Cordoba. She is the Manager of LAECOVI

Professor of Psychology in the University of Cordoba where she manages a researching group focused on the study of violence in school and bullying, and their prevention and intervention by means of an educative model based on convivencia and the peaceful resolution of the conflicts. Founder of the European Observatory of the Violence in the school, she is also a member of the National Observatory of convivencia in school in Andalusia. She has led national and international researching projects about this issue. Currently she is participating in different European projects about cyberbullying as COST IS0801 Cyberbullying: coping with negative and enhancing positive uses of new technologies, in relationships in educational settings and the project CyberTrainning-A research based Training Manual On Cyberbullying in which it is researched the nature of the phenomenon and some materials for the prevention and intervention against cyberbullying are designed.

Lawyer of the Spanish Association of Internet users

Master in Computing Law and PhD student of Technology and Human Rights in the University Complutense of Madrid. She has worked as responsible of the Legal Service of the Commission of freedom and Computing, in the study, promotion and defence of the right to the protection of personal data, specialization completed in the Asociation of Internet users, as a lawyer and as responsible of the section The ombudsman of the internet user .She sporadically collaborates with entities as CECU, Pantallas Amigas, APICE o ACLI and with companies as LEGITEC, ACTIVE-LEX or AGENDA ACTIVA.

Protocol of response to cyberbullying 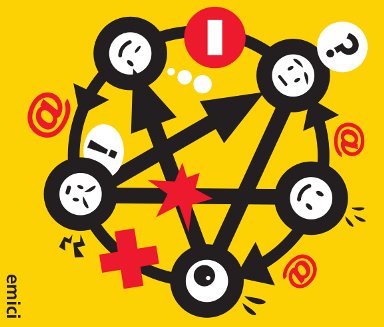